The Doberman Pinscher has met with great success with people and institutions wanting a protective and dissuasive dog. He has established himself as a guard, defense, herd protection and police dog. He is also an excellent companion dog. The breed was officially recognized definitively by the FCI on January 1, 1955.

View all photos of Doberman Pinscher from Woopets members

His coat: short, tight, rough in texture, well layered and without undercoat.
Its color: black or brown, with perfectly defined tan markings. These are located above the eyes, on the cheeks, muzzle, throat, chest, feet, inner thighs and around the anus.
His head: elongated. Strong skull, proportionate to the body, with well-developed muscles and browbones.
His ears: set high. Well erected if cut, drooping if not cut. As a reminder, ear cutting is prohibited in France, except for curative purposes (decree n ° 2009-1768 of December 30, 2009, Art. R. 214-21).
His eyes: oval in shape, medium in size, dark in color (possibly lighter in brown dogs).
Its body: clearly extended withers, short and muscular back, long and muscular loins, well-developed chest and clearly raised belly.
Its tail: set high, short, kept as it is in countries where docking is prohibited. If cut, 2 vertebrae are left.

The Doberman Pinscher is an affectionate dog and never unnecessarily aggressive, despite his dissuasive appearance . He is very attached to his family and to the children . The Doberman Pinscher is above all very loyal to his master and will seek not only to please him, but also to defend it by putting all his determination into it. Extremely attentive , concerned for the safety of his master of his family, suspicious of strangers , he is a courageous and infallible watchdog.

The Doberman Pinscher
is it right for you? Take the test!

The Doberman Pinscher is a dog with a strong character . It can be dominant with regard to its congeners , especially those of the same sex. He must therefore be socialized early enough and educated in a firm and fair manner . Play and rewards are the best ways to get a balanced, respectful, and happy Doberman. His intelligence, receptivity and love for work greatly facilitate his education.

Despite his fundamentally calm temperament and even if he has been very well educated, the Doberman Pinscher is not made to live in an apartment . He must, of course, live indoors because of his sensitivity to cold and humidity, but he cannot be happy in a small space.

A house with a large fenced garden would suit him perfectly. The Doberman Pinscher is mainly intended for a master who knows how to make himself respected and who is as much capable of giving him affection as of offering him frequent activities.

The Doberman Pinscher is a generally robust and resistant dog, except to cold and humidity . The Doberman Pinscher can also have problems with hip dysplasia. It is often inherited and this disease can be detected. However, you have to be careful with harsh winters as well as periods of heatwave, which it will not support well. He is also subject, as he ages, to cardiac pathologies . You must therefore be careful to monitor the state of your heart when it begins to age.

To protect you from these risks and insure your companion in the event of health problems, Woopets recommends insurance for Dobermann dogs .

The life expectancy of a Dobermann is, on average, between 10 years and 12 years.

Calculate the human age of your Doberman Pinscher!

In the Dobermann, the moult is very little marked , because the dog has no undercoat. Its maintenance is very simple due to its short coat, but it must be cleaned regularly to be clean and shiny.

It is recommended to brush the dog weekly . It is also possible to clean your dress using a rubber glove to catch dead hair and any debris, especially after walks. Frequent bathing is not necessary.

Brushing your teeth regularly helps eliminate tartar buildup and the growth of bacteria. If his nails do not wear out naturally, it is recommended that they be trimmed. If you are new to this, it is best to seek advice from a veterinarian. Eyes and ears should be checked weekly to make sure there is no sign of dirt or infection. The ears should be cleaned with cotton wool and a pH-balanced ear solution.

Name ideas for a Doberman Pinscher

None of these proposals suit you? Use our tool to find the name of your Doberman Pinscher!

The Doberman Pinscher can feed exclusively on industrial food . The high quality kibbles provide it with all the essential elements to maintain its good health and allow it to keep a fairly high energy capacity. Its food is to be divided into 2 meals per day .

The Doberman Pinscher needs a lot of exercise to be happy and fit. It is a powerful dog, full of energy and who needs to express it. He enjoys long daily walks and games that stimulate both his body, his intelligence and his senses.

Alpha : this Doberman Pinscher appears in the animated film Up there , directed by Bob Peterson and Pete Docter , released in 2009. It is owned by Charles Muntz . He is the brain of the trio (the other two canines are a Rottweiler and a Bulldog) which has the mission of capturing the bird Kévin . He is often laughed at by his acolytes because of his high pitched voice, due to a flaw in his collar.

Dilinger , Bonnie , Clyde , Pretty Boy Floyd , Baby Face Nelson and Ma Barker : these 6 Dobermanns, named after famous thieves, were trained by a man with the aim of committing a robbery in a bank, in the movie The Dobermann Gang , released in 1972. 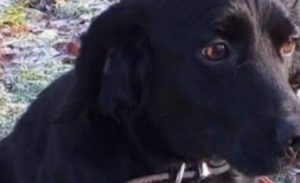 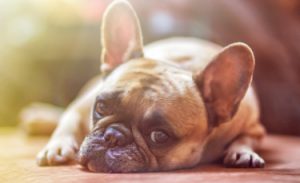 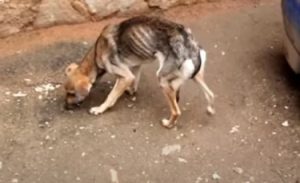 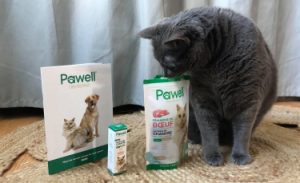 Pawell, food supplements to relieve your pet sustainably and naturally 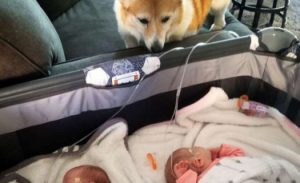 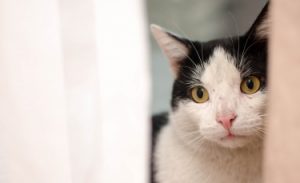 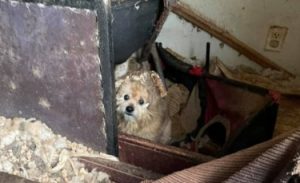 © Pointe Coupee Parish Animal Services / Facebook In Louisiana, a deceased woman left a hundred dogs and cats on their own. They lived in 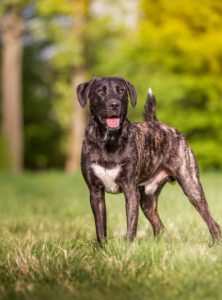 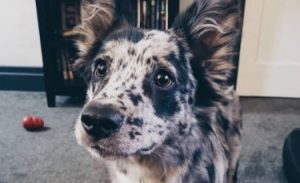 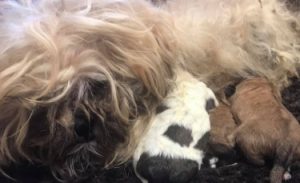 Intervened to retrieve a horse on the road, these police discovered more than 100 dogs in an illegal breeding

© Delta Animal Shelter / Facebook It was by the greatest of luck that Michigan police discovered and dismantled an illegal dog farm. Dozens of