While going fishing, a man discovered a sick and exhausted senior dog near a lake. Despite the difficulty of the task, he was determined to help her.

Rob Baycroft lives in Airdrie in the province of Alberta (Western Canada). On May 4, he went to Birch Lake , an hour and a half drive from his home, to fish.

Arrived at the scene, he had noticed an elderly stray dog, visibly exhausted and struggling to get out of the mud lining the road. The man had thought that the canine would eventually get out of it and began his fishing trip. An hour later, he found that the animal was still in trouble. He came and went on the road and moved with great difficulty.

Rob Baycroft tried to call and approach him, but the dog preferred to run away each time. “ He had difficulty walking and seemed exhausted. By the time I had tried to get close to him, I was about three feet away and he didn’t even react, so I thought he must be deaf and / or blind. I also noticed a stain of blood on his neck, ”he tells RdnewsNow .

There was not much he could do because he had no food in the car and the mobile network was poor in this area. He then went to the nearby town of Caroline and tried to call for help, to no avail. He continued for several tens of kilometers to Innisfail , where he bought steaks, then returned to where the dog was.

This time, he managed to attract her thanks to the pieces of meat. Rob Baycroft immediately took him to the Alberta Animal Services shelter. The quadruped, who was called Rusty , was examined, cleaned, and his wounds healed. His age was estimated to be 15 or 16 years old. In addition, he suffered from impaired vision and dental problems.

Saved, cared for and adopted

Subsequently, Rusty was entrusted to the association Companion Animal Outreach Services ( CAOS ), then to a foster family. It was this organization that announced wonderful news on Facebook on May 25, 3 weeks after the dog was discovered. Rusty was, in fact, adopted by a loving family.

Read also: A veteran decides to adopt a dog without ears living thousands of kilometers away 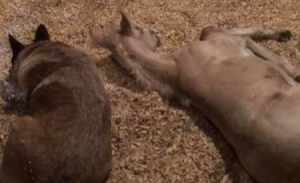 Abandoned, this dog falls in love with an orphan foal and creates an extraordinary relationship!

17 portraits of pets sublimated by the sepia effect 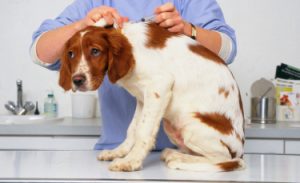 Towards an explosion in veterinary tariffs? A study suggests you prevent rather than cure! 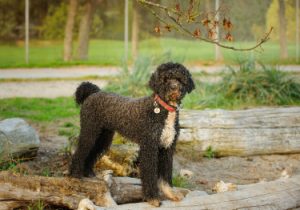 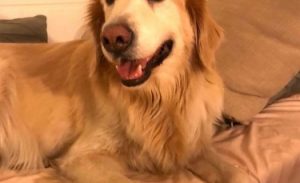 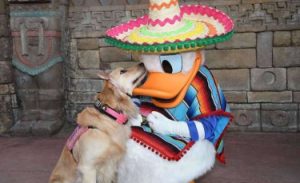 An owner gives her dog a dream moment by allowing him to meet his idol! 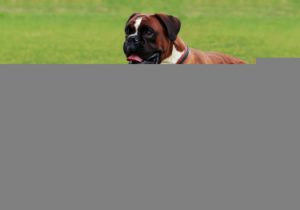 Other name: Deutscher Boxer 3.6 / 5 58 reviews Navigation A medium-sized dog, the Boxer nevertheless remains a robust dog with a powerful bone. The 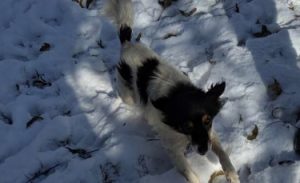 Saved from the cold, this dog warmly thanks his savior, member of an association!

© Vanessa Skavlem In Illinois , a small dog under 5 kg was recently abandoned by its owners, with a simple crate and straw. Before 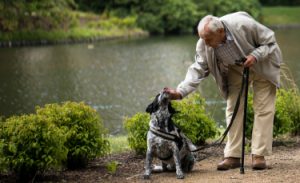 Illustrative photo Vicanis Tranquility insurance is an unprecedented solution, which allows people over the age of 60 to be confident about the future of their 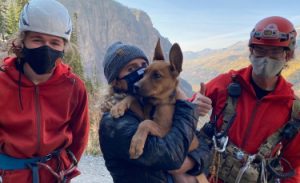 A duo of friends risk their lives to save that of a puppy stuck in the mountain after falling from several meters!

© San Miguel County Sheriff / Facebook A mountain hike almost took a dramatic turn after the fall of a young dog, then that of