The American Foxhound is a large hound, athletic build and rather slender. Its appearance is reminiscent of the English Foxhound, with its two-tone or three-tone coat, but it is larger than the latter. The American Foxhound is built for speed and endurance. Its physical characteristics allow it to cover great distances over difficult terrain.

the   American Foxhound is derived from crosses between English Foxhounds, introduced in North America by the mid-17th century, and dogs currents of French and Irish origins. The first litters were born in the 1860s. The goal was to have dogs that combine speed, resistance, adaptability and flair to hunt foxes, as well as various other types of big game.

The American Kennel Club established a first standard for the breed of the American Foxhound in 1894. The latter was definitively recognized by the FCI (Fédération Cynologique Internationale) on November 2, 1979. It is on the same date as its standard Official FCI in force has been published.

His coat: tight, coarse in texture and short to medium in length.
Its color: generally two-tone (white and tan) or tricolor (white, tan and black), but all colors are allowed.
Its head: long, with the domed occiput, the broad and rounded skull, the moderate stop, the rather long muzzle, rectilinear and square.
Its ears: low set, of good length, folded forward, not very thick and rather wide and with rounded ends.
His eyes: brown or hazel, large, wide apart, displaying a look full of sweetness.
His body: finely drawn, without any impression of heaviness. The neck is open and strong, but not thick. The back is moderately long and muscular, the kidney broad and a little arched, the chest well let down and quite narrow (in comparison with the English Foxhound), the ribs well sprung.
Its tail: high set, carried happily and slightly curved, but not forward, nor above the back.

the   American foxhound   is a dog combining the qualities which make it an excellent hunter . Swift and enduring scent hound , he is endowed with a very good flair and shows enthusiasm and determination at work. It is able to adapt to a variety of terrains, even the most difficult. But the American Foxhound is fishing for its lack of docility. In family, he is gentle and affectionate .

The American Foxhound
is it right for you? Take the test!

the   American Foxhound takes a lot of work and patience to be properly educated. Not very obedient, even stubborn at times, he demands a firm grip , but without balance of power. It is essential to teach him the recall from an early age.

the   American foxhound   is a dog clearly oriented towards hunting. His physical constitution and character inevitably orient him towards activity, which means that he is mainly aimed at experienced masters and willing to offer him enough exercise on a daily basis. It is not made to live in an apartment , but rather in a house with a large fenced garden.

the   American Foxhound is a robust dog with generally strong health . However, there are predispositions to certain diseases in this breed, which should be monitored: amyloidosis (deposits of insoluble proteins), thrombocytopenia (decrease in the number of blood platelets), microphthalmia (reduction in the dimensions of the eyeball in its different diameters, due to a congenital anomaly) and deafness.

To protect yourself from these risks and insure your companion in the event of health problems, Woopets recommends insurance for American Foxhound dogs .

The life expectancy of an American Foxhound is, on average, between 10 years and 12 years.

Calculate the human age of your American Foxhound!

the   American foxhound   is subject to moderate hair loss. It only requires basic maintenance , regularly carried out.

It is recommended to brush the dog once a week , the goal being both to remove the dead hair and to ensure the cleanliness of its skin and its coat. It does not need to be bathed regularly , only when it is really dirty. Its hair, ears, eyes and pads should be examined after each outing in the wild to detect and remove any debris or external parasites.

His teeth need to be brushed frequently to remove tartar build-up and the proliferation of bacteria. Finally, if they do not wear out naturally, its claws need to be cut. If you are new to this, it is recommended that you seek advice from a veterinarian or groomer.

The annual maintenance cost of an American Foxhound is between 450 € and 650 €.

No name is currently proposed. Use our tool to find the name of your American Foxhound!

The American Foxhound needs a high quality diet , divided into 2 meals per day . Its daily rations should be monitored, especially if its physical activity decreases, as it is a dog prone to overweight. Their food must be adapted to their level of physical activity, their size and their age.

the   American foxhound   must benefit from sustained daily activity . He needs to be stimulated every day through long and frequent outings.

Have a question about the American Foxhound?
Do not hesitate to ask Woopets visitors for advice on the forum! 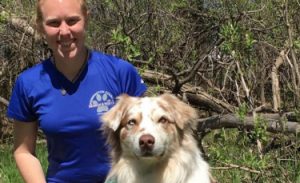 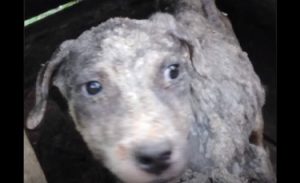 A puppy chained to a doghouse, without water or food, calls for help from passers-by! 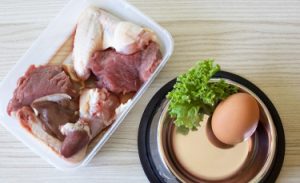 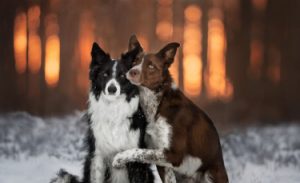 20 photos of Border Collies superbly staged by their mistress

France Bleu Sunday evening, around 11 p.m., firefighters intervened on rue Sainte-Barbe, in Marseille . They had been warned by residents of the neighborhood, concerned

© The Mia Foundation / Facebook When introduced to Lundy the puppy, Herman the pigeon immediately understood that the young quadruped needed comfort. He gave 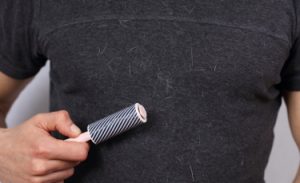 at home, dog hair has this unfortunate tendency and will be embedded in the tissue. Because of their number and spread, it is sometimes difficult 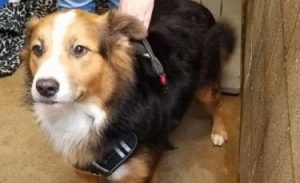 Abandoned, this dog wears a big smile, when he learns that he is coming home!

© Rescue Dogs Rock NYC For a dog as active and outgoing as Jake, finding himself, overnight, confined to a shelter after having had a