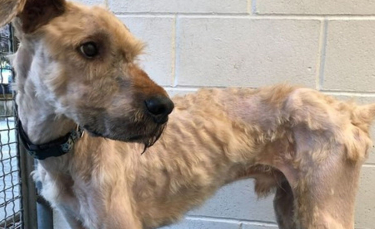 The volunteers who looked after Gator after his rescue were already shocked at the condition of his hair. They were even more so when they saw how skinny and unhealthy this dog was. The abandonment and neglect he suffered, however, will soon be a bad memory thanks to them.

Gator was very bad shape when the team SPCA in British Columbia (BC SPCA) in Western Canada, in charge took it. He and a fellow man, unfortunately deceased, were in what was a dog boarding house which had closed its doors a few weeks earlier. The 2 canines were locked in boxes with floors strewn with droppings and urine, reports the Vancouver Sun.

This sad discovery was made on June 26 by people who wanted to create a new pension in this building. They immediately alerted the BC SPCA , which rescued the animal and opened an investigation against the head of the establishment for cruelty to animals.

6-year-old Gator had a matted and dirty coat. This was not the only problem he suffered from. After having removed nearly 4 kilograms of hair, the volunteers discovered the extreme thinness that characterized him. Emergency care and examinations were then carried out: infusion, X-rays, blood tests, adapted diet, etc. 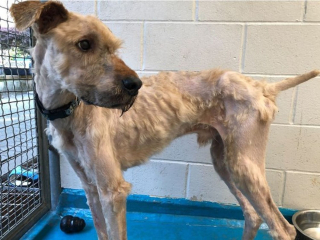 Jodi Dunlop , manager of the BC SPCA , preferred not to disclose the name of the incriminated pension until the investigation is completed. She simply indicated that she was in the Lower Mainland region, which roughly corresponds to the metropolis of Vancouver .

A happy and sociable dog despite the ordeal he had lived

Gator continues to receive medical treatment. He has gained 4 kilograms since his rescue and will have to undergo dental surgery when his condition allows. His teeth are, in fact, very damaged, probably from gnawing the bars of his box to free themselves. He also suffers from an abscess following a burn in the ear. 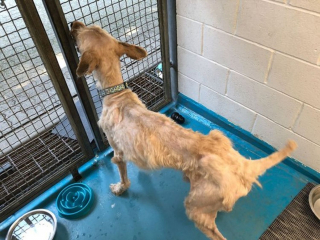 Read also: The unstoppable and adorable technique of a veterinarian to vaccinate dogs without them guessing

The total cost of his treatments is estimated at 6,000 Canadian dollars, or approximately 4,000 euros. The association has launched an appeal for donations to help finance his care. She specifies that Gator will not be offered for adoption for a few weeks, the time for him to recover.

Despite everything he has been through, this dog, whom his rescuers believe to be a Berger de Brie or Goldendoodle cross, is cheerful and friendly. 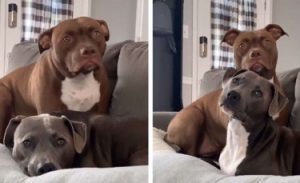 To make sure her dogs fully understand her, she tells stories using their favorite words! (Video) 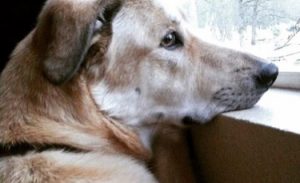 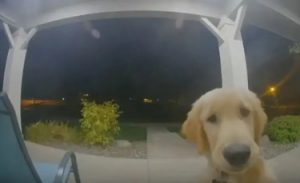 To return home after a runaway, this dog comes home, simply by ringing the bell! 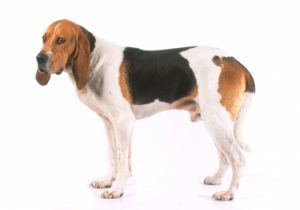 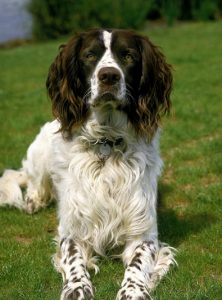 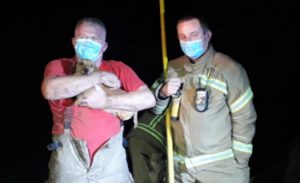 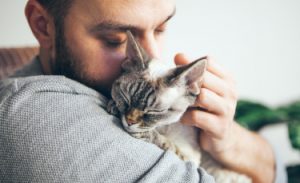 © Adobe Stock What is the level of love for our pets? On the occasion of World Animal Day this Sunday, October 4, this is

Dog frightened by train, jumps into lake and gets stuck in a yard of mud

© Timsnopek.com / Facebook On March 22, in a village in Pewaukee, Wisconsin, a stray dog got stuck in about three feet of cold, muddy

Should we bathe the dog?

With , and , when the dog smells bad or dirty, bathing it will soon become the daily task of some owners. However, cleaning should 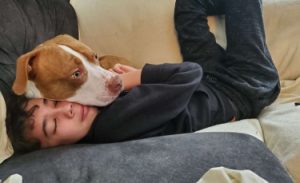 By barking to alert his owners, this dog saved the life of their child stung by a hornet

© Candia Merchant Donald, a 14 year old teenager, was lucky enough to have his dog named Charlie by his side. Last month, his 4-legged