At Woopets, we had the chance to test the new version of the Weenect GPS collar on our 2 dogs Pixelle and Sookie. This anti-runaway solution has more than one advantage to point out, especially with animals that tend to move away. 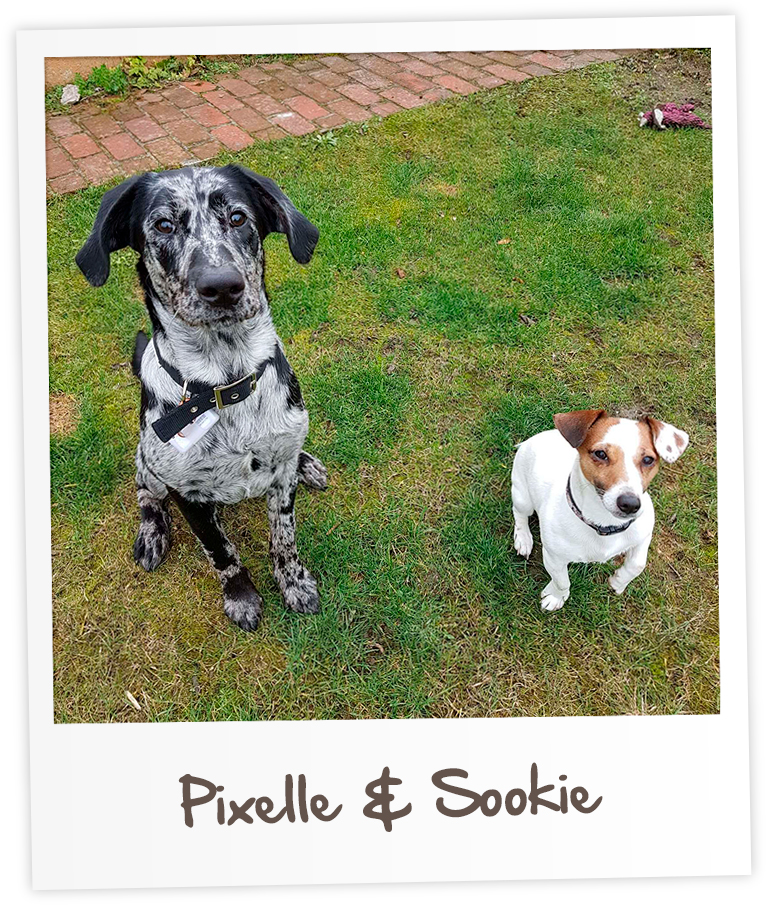 Compared to the first version , which had received a rather favorable reception from users, this recent version of the case benefits from some interesting improvements. Starting with the dimensions, going from 6 x 2.3 x 1.3 cm to 4.8 x 4 x 1 cm. It is therefore more compact and lighter , thus offering more comfort to the dog who carries it.

Equipped with a GPS chip and a SIM card, Weenect Dogs 2 is practical for locating your pet in real time if it is the type to run away or if you are used to detaching it during walks in the forest , for example.

This function is in addition to that of the buzzer / vibration , to be activated remotely to indicate to the dog that it is time to eat for example. There is therefore a little work to be done upstream with him so that he associates the signal with the meal.

In addition, you can adjust the surveillance zone via the app . It can range from 50 to 2000 meters . And as soon as your dog comes out, an alert is sent to your phone. Convenient to know when your companion escapes from the security perimeter of your home or neighborhood. 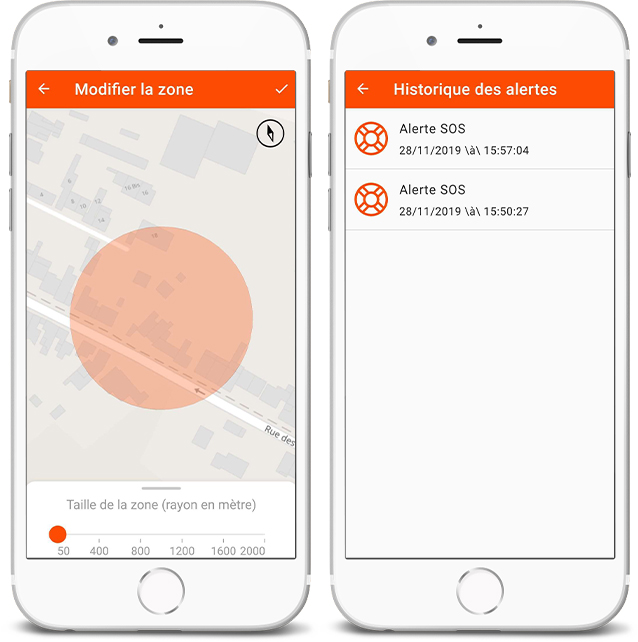 A practical and intuitive interface

Ergonomic and well thought out , the interface associated with the Weenect Dogs 2 GPS collar, which works on Android and iOS , is simple to understand and use.

The app and the box offer 3 modes : map, compass and radar. Radar mode uses augmented reality , displaying the landscape with the distance the dog is located. This makes its location even easier. 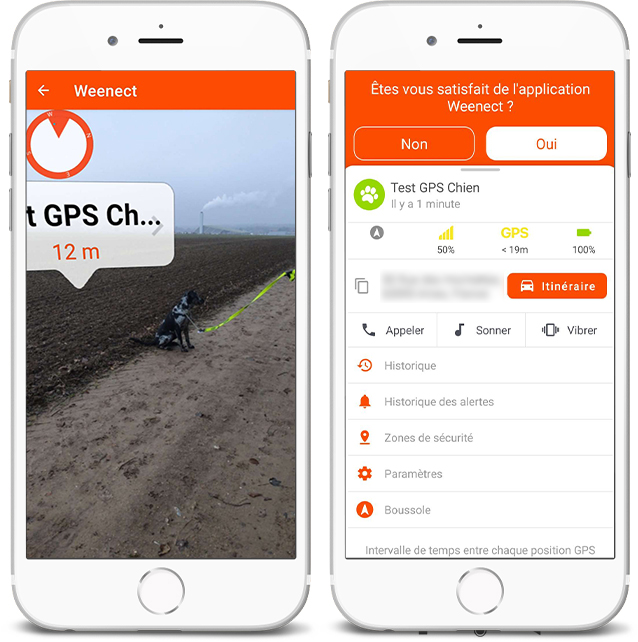 As for the card , it can be used in normal , satellite or hybrid mode.

The Weenect Dogs 2 GPS Collar app also allows you to track your dog’s activity, providing you with data such as routes taken , speed and distance traveled. Thus, this will give you the opportunity to know your pet’s habits, but also his level of daily physical activity.

The Weenect Dogs 2 GPS box has been designed to withstand drops from one meter . It also continues to function normally when it rains or when your dog has decided to wade in water; it can, in fact, be submerged up to 1 meter .

You will also have to choose one of the 3 subscription formulas offered: 1 year without commitment at 60 euros, 2 years (1 year free) at 85 euros, monthly at 7.90 euros per month.

As for the purchase price of Weenect Dogs 2 , it is the same as that of the previous version, ie 69 euros .

For having tried it on Pixelle and Sookie , we noted several positive points for this Weenect Dogs 2 anti-runaway GPS collar. The functions (reminder, telephone, real position with time intervals, route layout, etc.) are as interesting and useful as they are simple to implement .

Initially, we had some reservations about the clip which, due to its small size, can be complicated to attach to large necklaces. We mainly encountered this problem with Pixelle and therefore had to add a carabiner. Fortunately, Weenect has thought of everything and developed another silicone case that fits the collars of large dogs . Nevertheless, we did not have the opportunity to put it to the test during our test, we only had the smallest model of the hull at our disposal. This explains our use of the D carabiner system. Nevertheless, the brand sent us the new attachment which is much better suited to large dogs or at least to large collars ( see last photo below ).

Read also: She receives a notification from her surveillance camera and discovers a stray dog at her door decided not to leave

Overall, we find the Weenect Dogs 2 to be very good value for money . It is sold at a price of € 69.99, you can also order it now on the official Weenect online store. 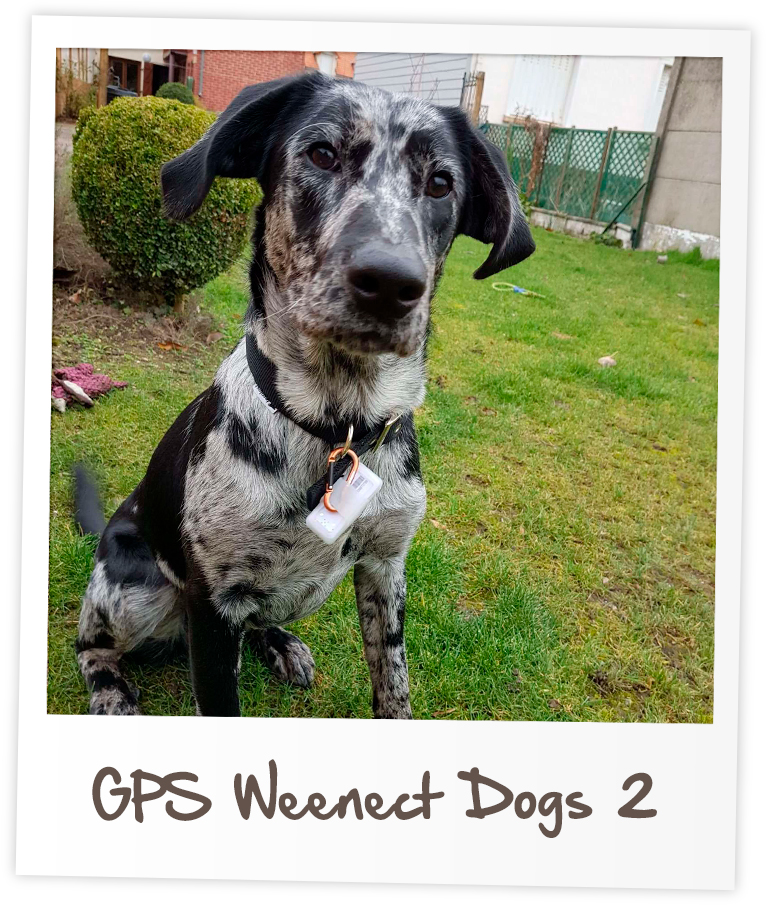 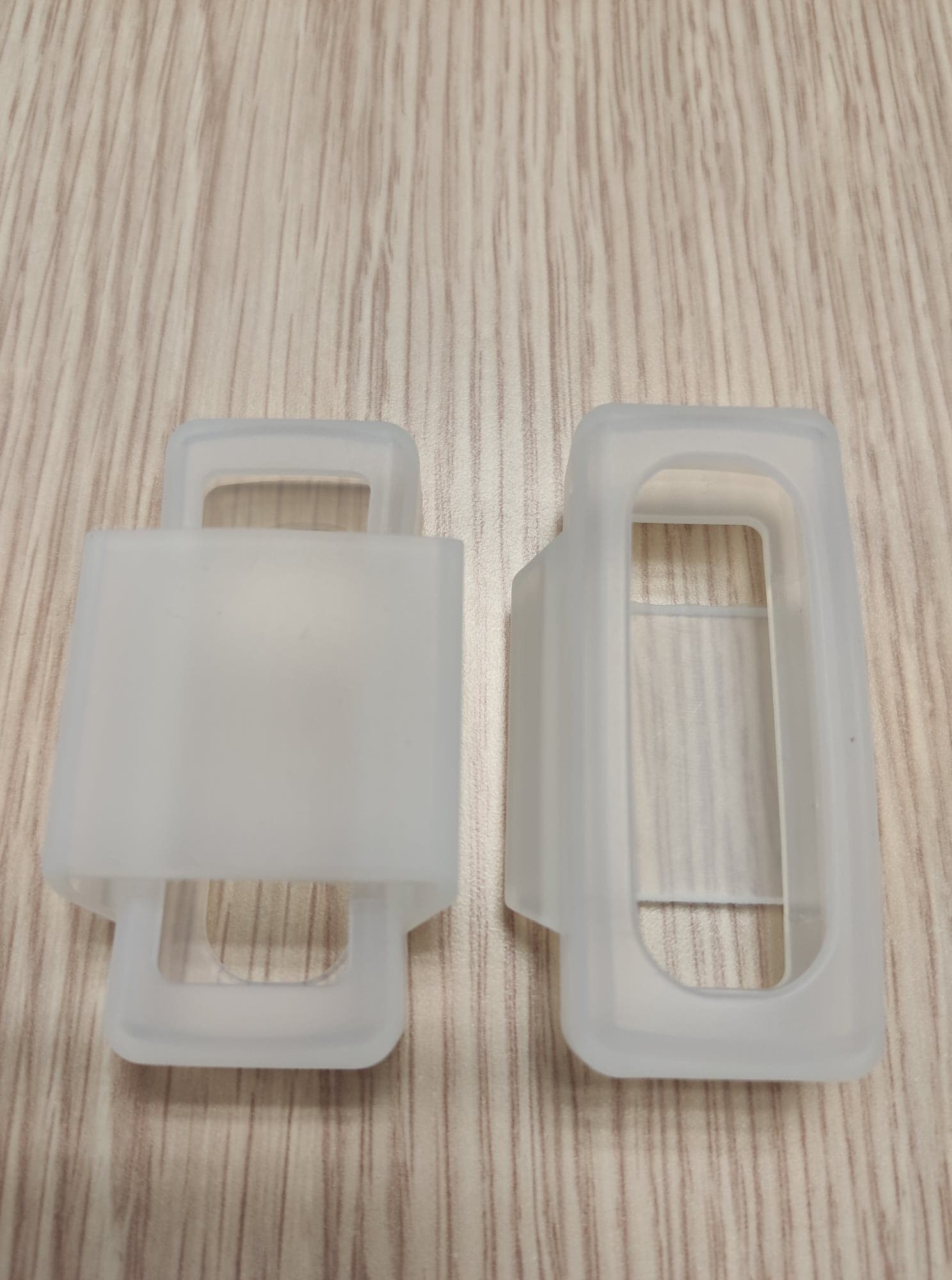 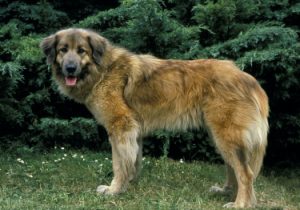 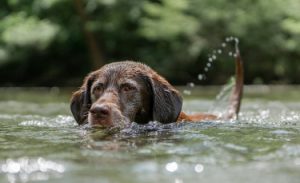 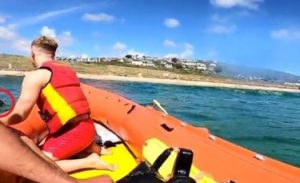 Labrador in danger after venturing too far out to sea 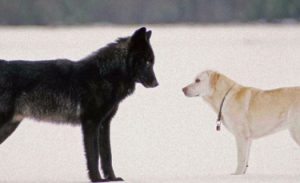 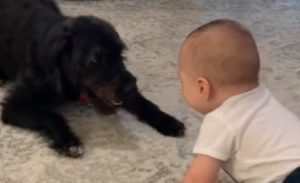 our family has a medicine box, which contains everything needed to deal with accidental diseases or injuries. A dog must also have its own, because 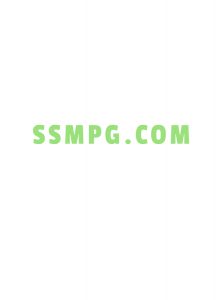 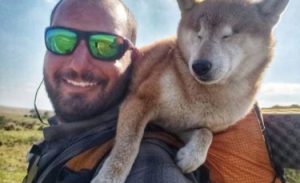 He travels 1,800 km with his dog who has become blind!

© Instagram / _roamad_ In the face of trial and adversity, there are two schools of thought: to retreat or to continue to advance. Kyle 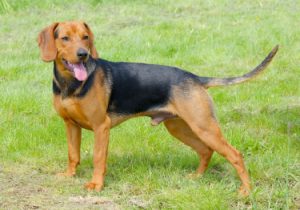